Intruders of the Stars

A beginners guide to JavaScript
and Phaser game development 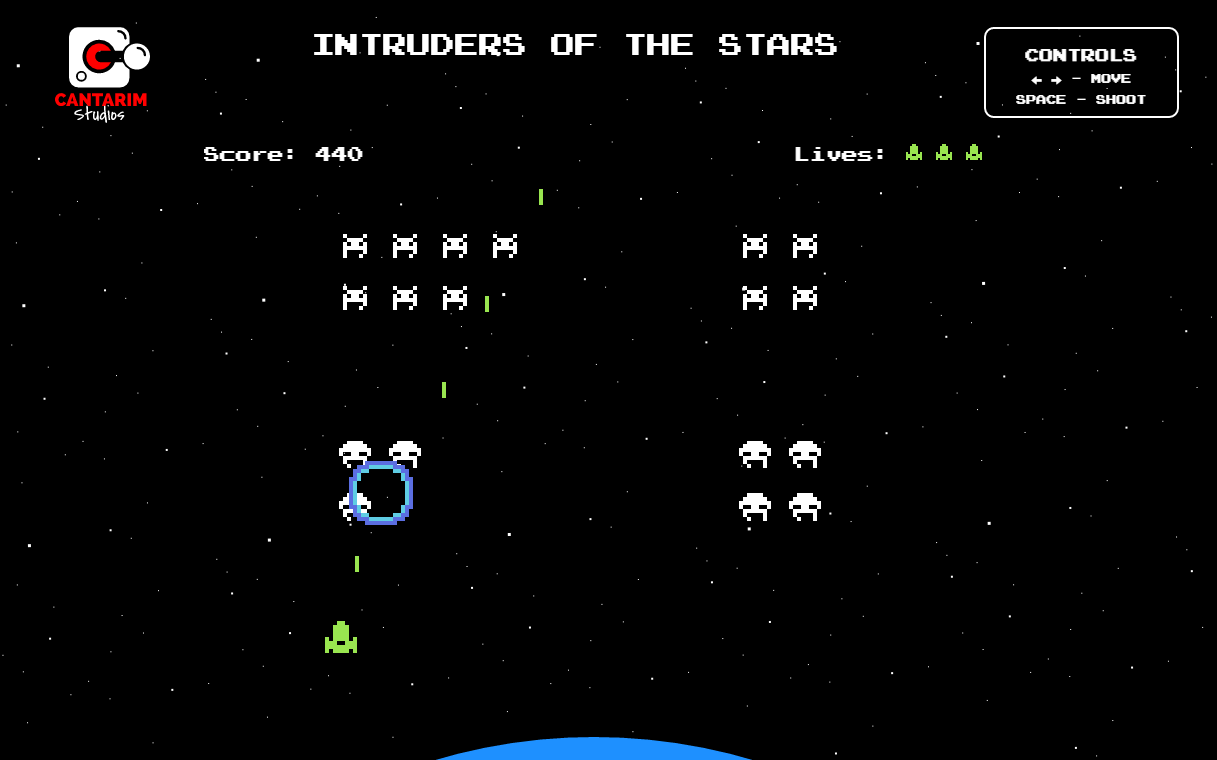 This is a little Space Invaders clone, created in Phaser by Cantarim Studios in just 48 hours, as part of a hackathon. The source code is available to learn from too. It's a quite accomplished little game, and I'll be interested to see if the developer takes it further.