Find out what's new in the latest release of Phaser. 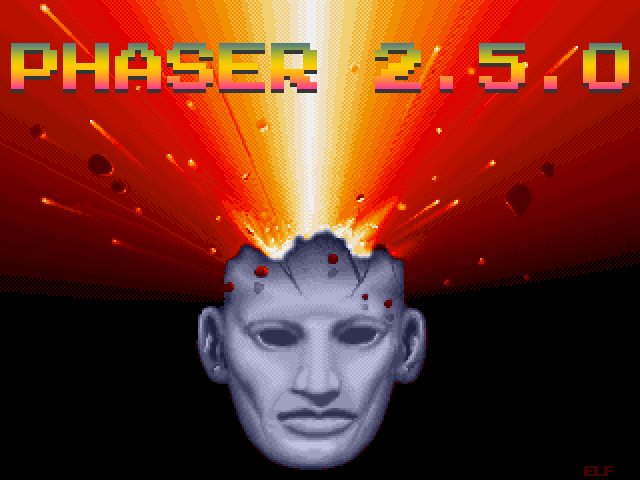 Phaser 2.5.0 is the latest release of Phaser, and represents another significant milestone in the evolution of the framework in 2016. It was previously released as 2.4.9. However we appreciate that we haven't been following the semver code strictly enough, and that this version (and most before it!) actually contains some significant MINOR level functionality, not just PATCH level. So we've bumped the version number accordingly.

We have updated the GitHub README with a brand new layout, which should help those new to Phaser. The Phaser Sandbox and all Phaser Examples are also now running under 2.5.0.

As well as fixing a number of issues, there are some genuinely useful new features added in this release. Not least of which includes the new Weapons Plugin, making creating bullet pools a couple lines of code. Don't worry, it's also easy to exclude from custom builds too.

There are also some subtle but significant updates to Groups. The createMultiple method has had a nice overhaul, now able to take Arrays of image keys and frames. Group.align allows you to align the children of a Group in a grid formation, with the dimensions and spacing of the grid under your control.

It's small changes like this that reduce the overall code of your game, and let you focus on just building it quicker. Of course there are lots of other enhancements in this release, so be sure to check the Change Log to see what else is in store.