Quest for enlightenment (and pasta!!1)

As the pirate Al Dente can you find the gold, rum and fabled relics on your Holy Quest? 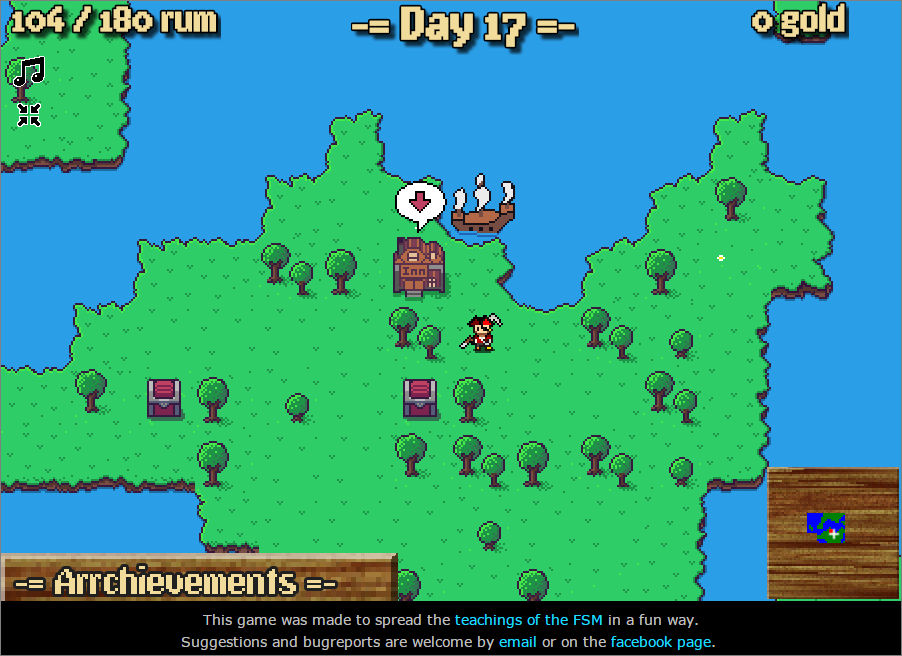 "In the game you play the italian pirate Al Dente, who is out on a Holy Quest, trying to find gold, rum and fabled relics.

The game has a progressive Arrchievements system built in ("A" to toggle), where the players can track their progress towards the much-sought title of Master Pirate! :)" 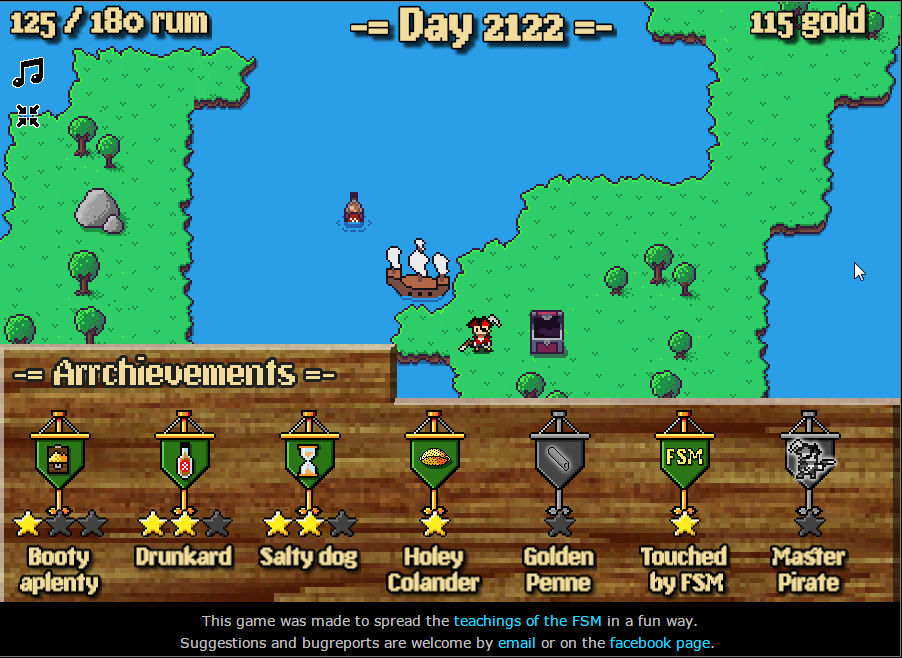