It's a presidential butt kicking knock-out, quite literally. 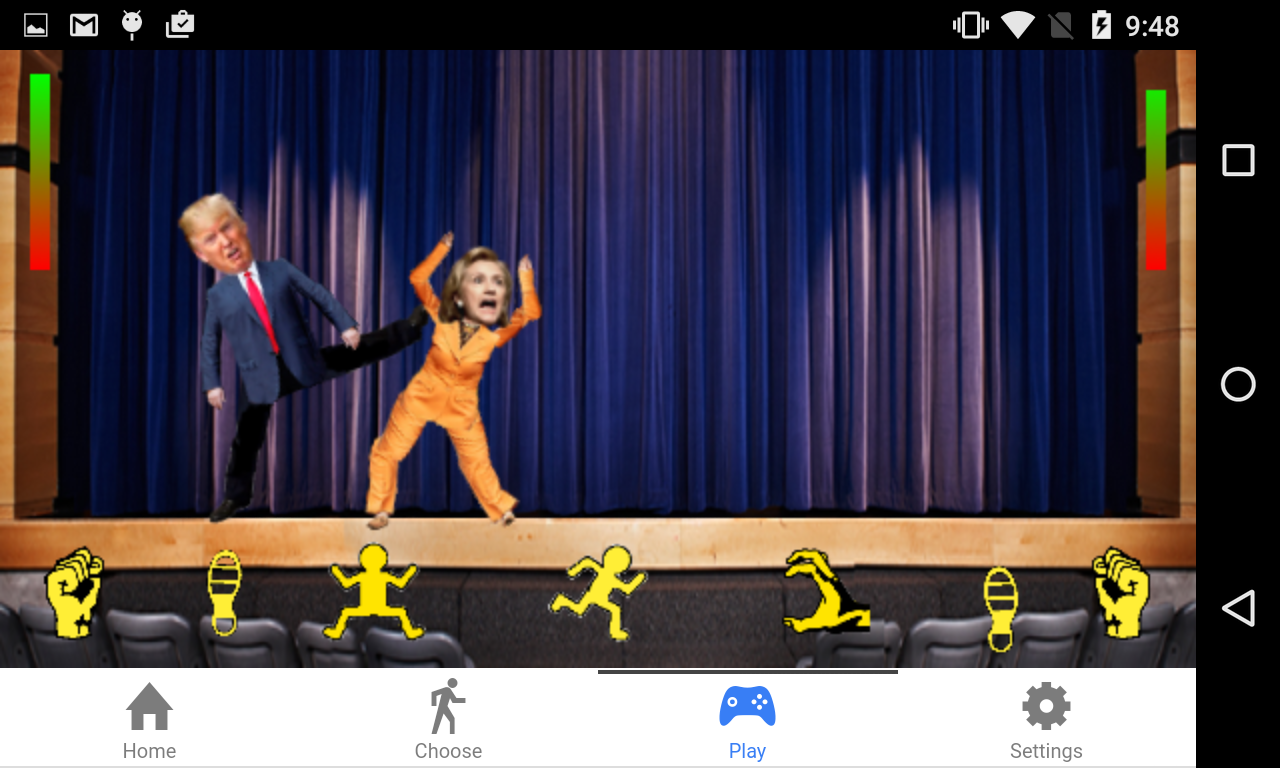 "Don't you just get tired of all the talking? Don't you just want your candidate to kick some real butt? Literally? Well now you can. Pick your candidate and start delivering real Knock Outs. Kick! Punch! Grab and Shake your opponent 'till their head pops right off. It's a bloody mess but you're used to it. You're a Politician right?

Battle-Pols is a great way to relieve stress! Is your candidate not doing well? Make them a winner in your mind! Do some candidates make you SO MAD you could just throttle them? Well now you can - in Battle-Pols!

Don't get mad - get even! Don't let the political system let you down again. Take control of America's destiny with Battle Pols."