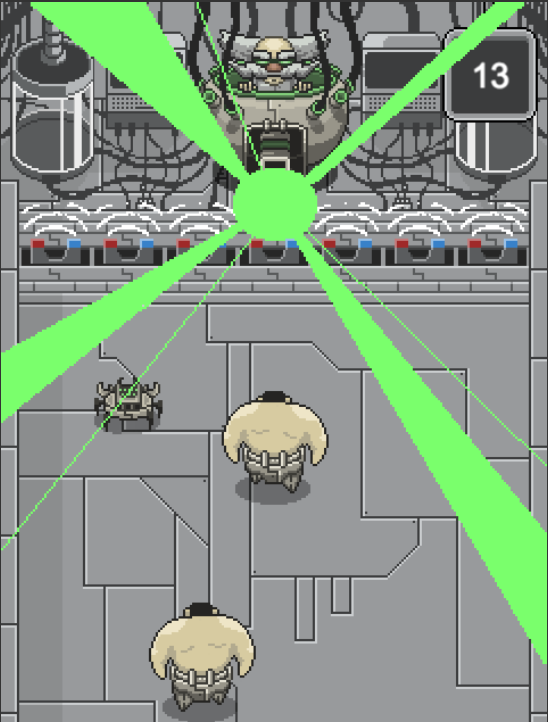 "Trappy Trap is an infinite super trap killing tapper/swipper where you can kill enemies using traps that are placed on the laboratory. Oh and probably something else...

The scientist doesn't want those enemies to enter his lab, just kill'em all.

This project has been done from scratch since the start of the ludumdare. No assets, sounds or code had been reused for this project.

The game can be played on mobile browsers or on the computer browsers."