Drive the streets of Barcelona in this arcade classic update 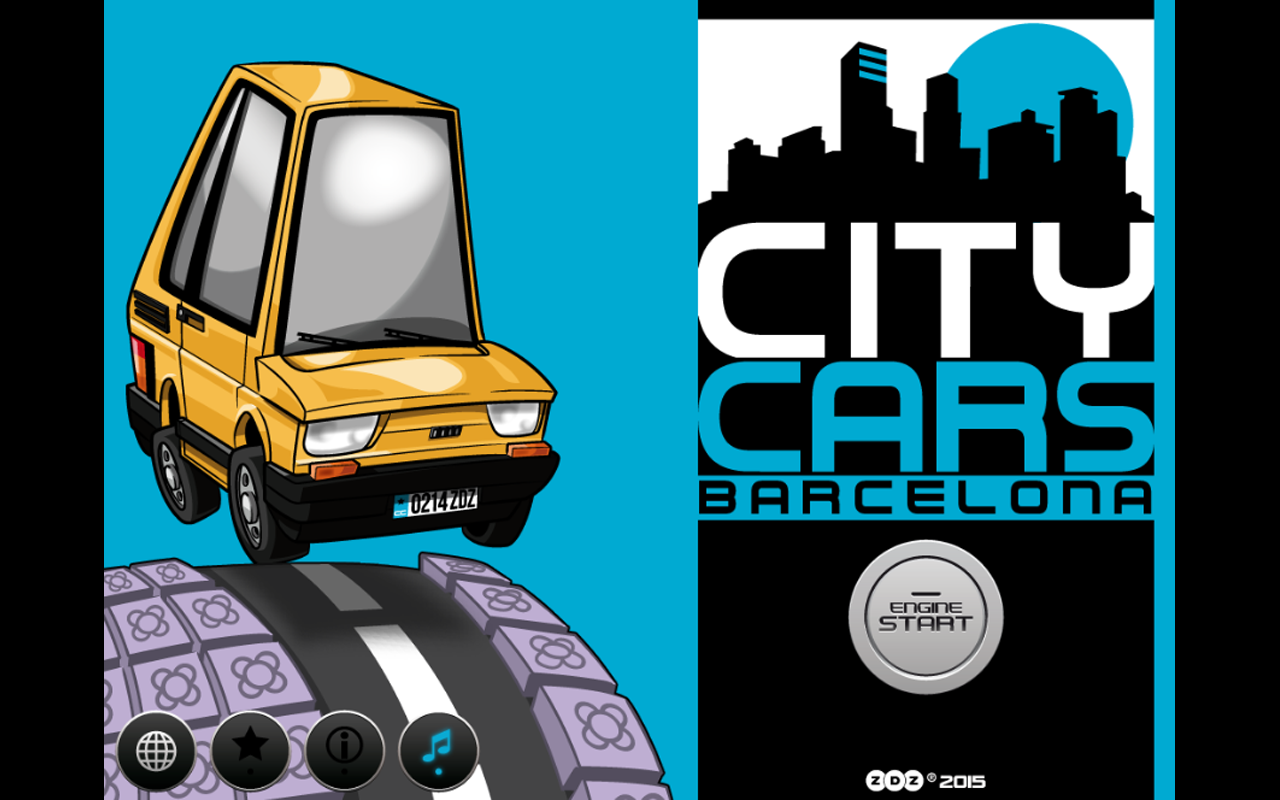 The goal of this platform game is to drive the streets of Barcelona avoiding the cars from the Guardia Urbana and Mossos d'Esquadra trying stop you. Passing along the roads, the ground changes color. When all the ground changed color, the player moves to the next level. 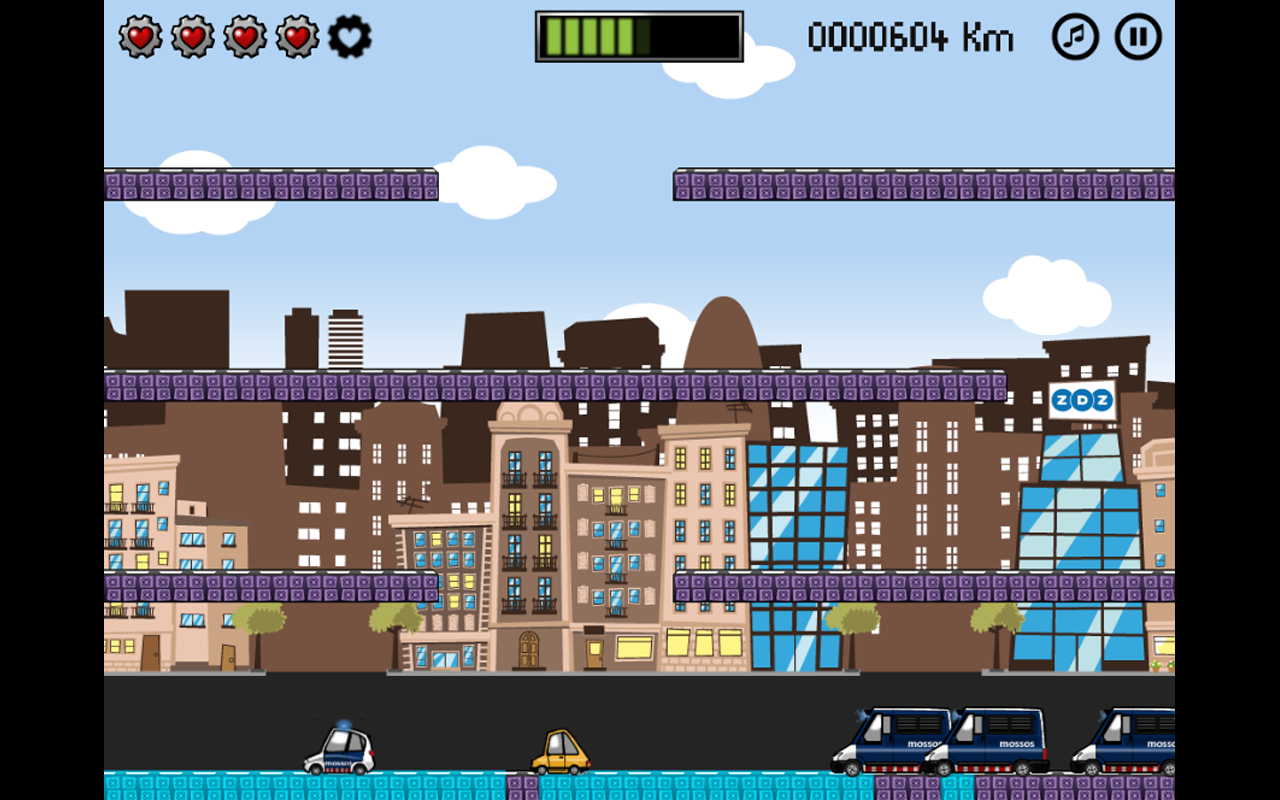 Never drive out of fuel. If the car is stopped, you're an easy prey for law enforcement and the law. Be alert to search fuel drums that are located in the streets of the city to refuel.

While dodging cars and riot vans, looks out the window and see the most emblematic scenarios of Barcelona. The Eixample district, the Sagrada Familia, the Agbar Tower and the Mapfre Tower, the Hotel Arts, the Hospital of Bellvitge, the Tibidabo, the Barcelona–El Prat Airport, Columbus, the Maremagnum, Barceloneta, Park Güell, Montserrat and the Power8 Stadium of the RCD Espanyol in Cornellà–El Prat. 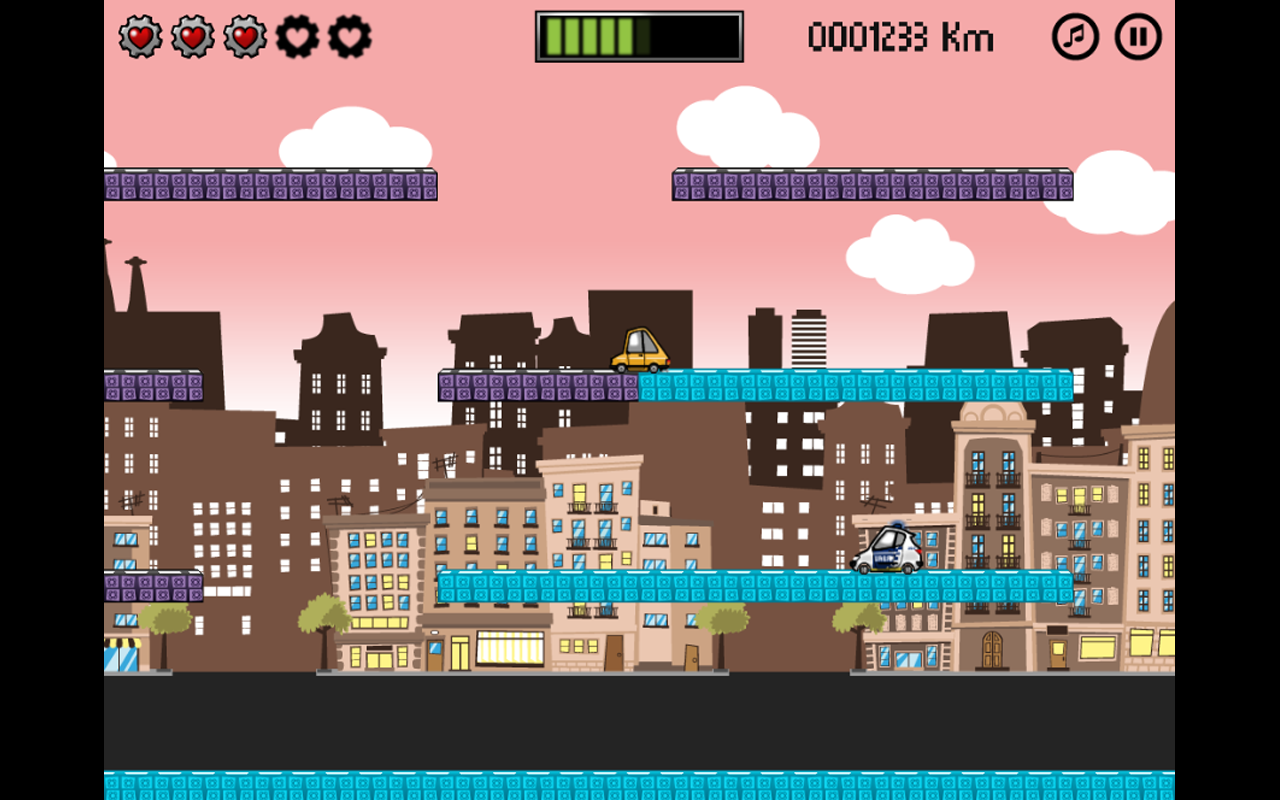 If so many police cars chasing you something you've done. Do not let them ask the documentation. Complete all 12 levels and escape from Barcelona!