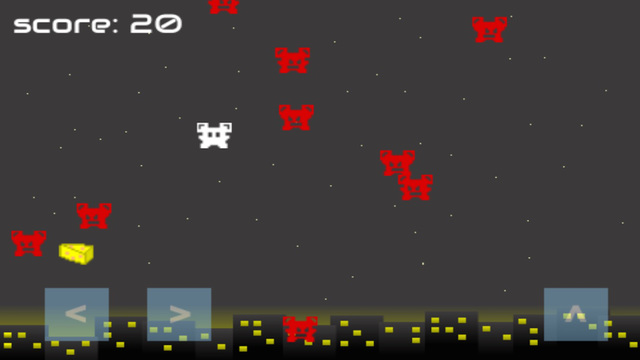 Edamame has released their new game on iOS:

"Have you ever thought of playing flappy bird and space invaders at the same time? Jump 4 Cheese is a simple arcade style game where you can pretty much do this.

The aim of the game is to jump around and collect as much cheese as possible while avoiding, falling enemies, walls, the sky, and also the ground!

The concept is simple, the game... not so simple.

Give it a try, and find out how good your multitasking skills REALLY are..."