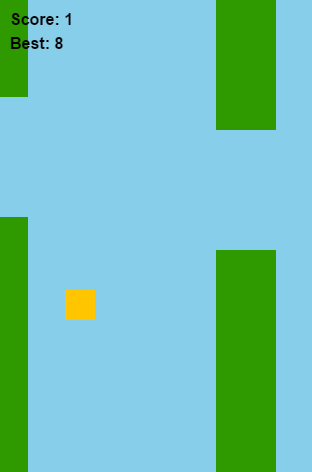 "Ok, I am (quite) a bit in late to show you how to make an HTML5 Flappy Bird game because a lot of tutorial writer already published several “Create Flappy Bird with < language name >, anywway this is my take in the making of this game, basically for two reasons:

1) It’s the perfect game, in its simplicty, to merge some Phaser concepts such as states, extending classes and using Arcade physics.

2) It will be the starting point in the making of another endless runner tutorial."