"You're Earth's last hope. It's up to you to wipe out wave after ruthless wave of relentlessly attacking space amphibians. You're in for the fight of your like and the lives of all humanity. The amphibians are determined to colonize our planet and will not stop until they do." 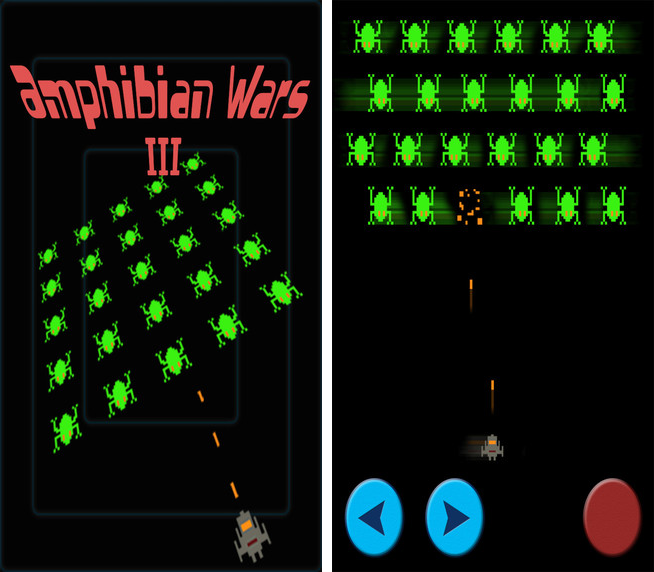 "Amphibian Wars III is a new and clever variation on the endless runner game. With only one precious life you must last as long as you can against the invaders. With ever kill you make they will attack faster and faster until your are worn out.

Do you have what it takes to save the world? Download it today, play the retro space shooter that is totally wicked and find out."