This Dev Log is a little quieter than usual as both Felipe and I were off most of last week. Even so, that didn't stop us releasing Phaser 3.2.1! I've also written another installment of the Migration Guide, which this issue focuses on events and the Game object. 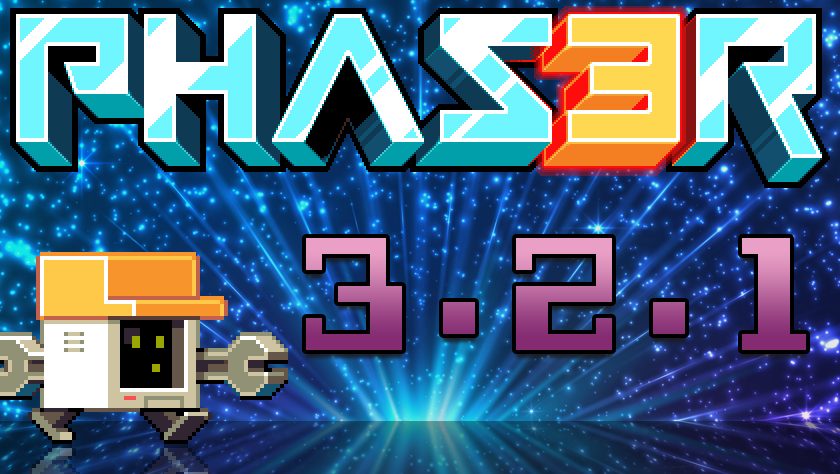 On March 12th we released Phaser 3.2.1. This was another point release, meaning non-invasive API updates and bug fixes only. Updates include new optional arguments for the setFrame method to control resizing of the base Game Object. The ability to restart a Scene by just calling start from its local ScenePlugin. Cameras following Game Objects will now factor in their zoom level in the follow offset. Render Textures now draw any frame, not just the base frame. And many more.

Grab the latest build from GitHub, npm or CDN and as usual see the full Change Log for details.

Let's continue the major differences between versions 2 and 3 of Phaser. It’s been interesting seeing forum posts and comments from people who are trying to do things in v3 the same way they did and v2 and hitting roadblocks, either because the approach they’re using no longer exists or just because v2 in-grained so many traits in devs that the removal of them in v3 is proving problematic. Hopefully, part two of this guide will help ease you into both the API and the mindset behind Phaser 3.

In v2 nearly everything was handled via the Phaser.Game object. Whenever you did ‘this.add’ within a State you were essentially just communicating with a game level system. The Game instance had a whole raft of systems hanging off of it, everything of any importance was there. All of the examples played upon this too and would often access properties and systems directly off the local game variable. So it’s no wonder that I’ve seen a lot of example code posted in the forum and on Slack that carried on this tradition with v3.

The thing is, you absolutely shouldn’t be doing it that way anymore.

In v3 the Phaser.Game object does indeed still have a few systems attached to it. These are the global managers that it made no sense as having instantiated on a per Scene basis. Examples include the core Input Manager, the Scene Manager, the Texture Manager and the Sound Manager. However, it’s important to understand that these are global systems and most of them are designed to be interfaced with via plugins and not directly. Here’s a good example:

The Input Manager is a global system responsible for the processing of native browser input events and handing them off to the various input systems to deal with. If you use 'game.input' this is the class you'd be talking to. However, there is also an InputPlugin which belongs to the Scene. The plugin is what you interface with whenever you do ‘this.input’ from within a Scene. The Input Manager has hardly any useful (to your game) methods or properties. The Input Plugin has lots. More importantly, it's the plugin that you listen to input events on: this.input.on('pointerdown') would simply not work if you did game.input.on('pointerdown'). It's important to understand that we created the Scene Plugins to be the systems you interface with, in nearly all cases and the global ones as being for plugins to talk to.

So if you ever find yourself reaching for the ‘game’ crutch, please slap your own wrists and realize it’s no longer how you should interface with those systems. Always go in via the Scene Plugin, as it can have an impact on the execution order of your calls as well as what parts of the API are exposed to you.

Phaser 2 used what are known as Signals for most of its communication from systems to user-land code. If you’ve ever written code such as onInputDown.add then you’ve been interfacing with a Signal. Signals are like Events but have a different internal structure and approach. There’s an interesting article on the subject here and I used to really enjoy using Signals back in the Flash / AS3 days. However, for v3 we didn’t carry this through. There are a few reasons for this but the primary one is that Phaser is a JavaScript based library, and on the most part, when in Rome you should do like the Romans do. For JavaScript, and the web in general, that means using events.

In v3 we are using the EventEmitter3 library, which is proven to be both insanely fast and flexible enough for our needs during development and beyond. We use it internally for systems to communicate with each other and also lots of systems, and indeed the core GameObject class, all extend from it. 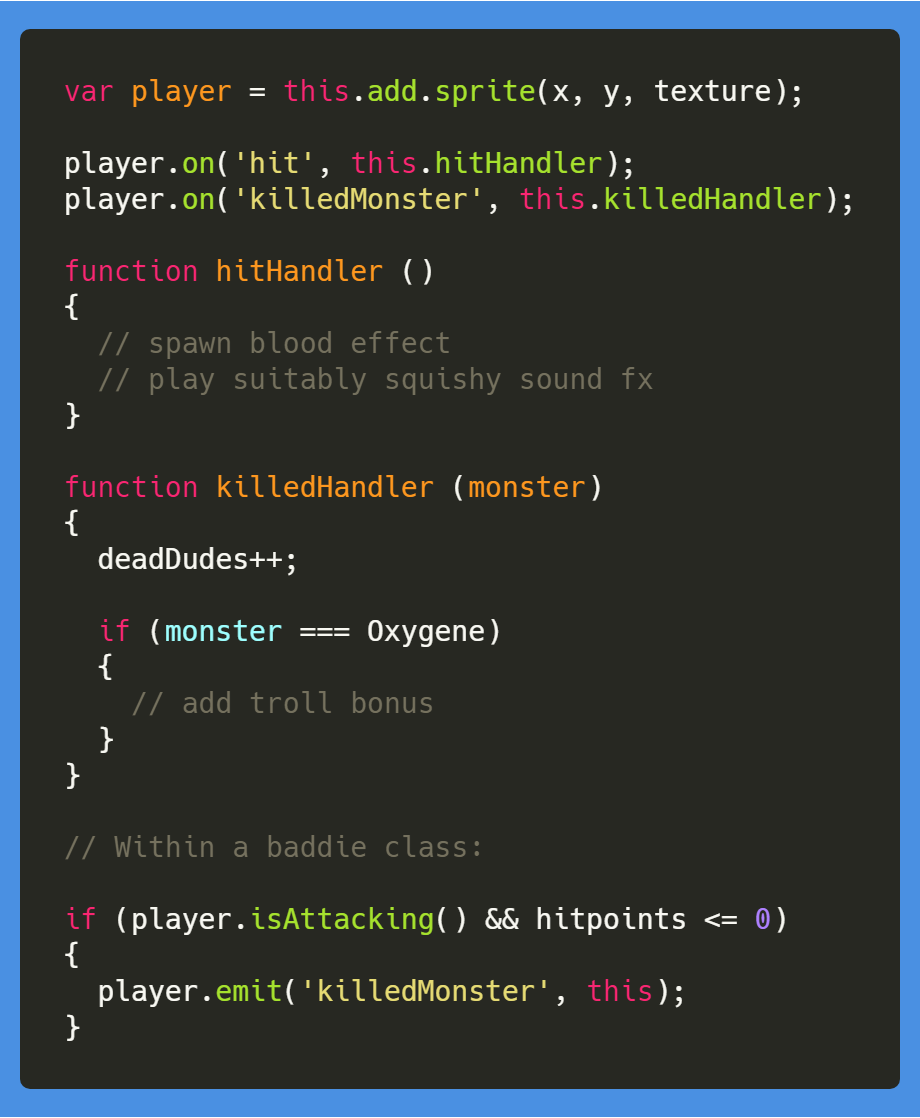 Which as you can appreciate can be insanely powerful and opens up all kinds of opportunities for you. You no longer have to create masses of Signal instances and can instead always rely on the fact that a GameObject can both emit and receive events.

Here is an example of a simple 'clicker' game - how many crates can you remove in 10 seconds? It shows how to use both input events and Game Object events. 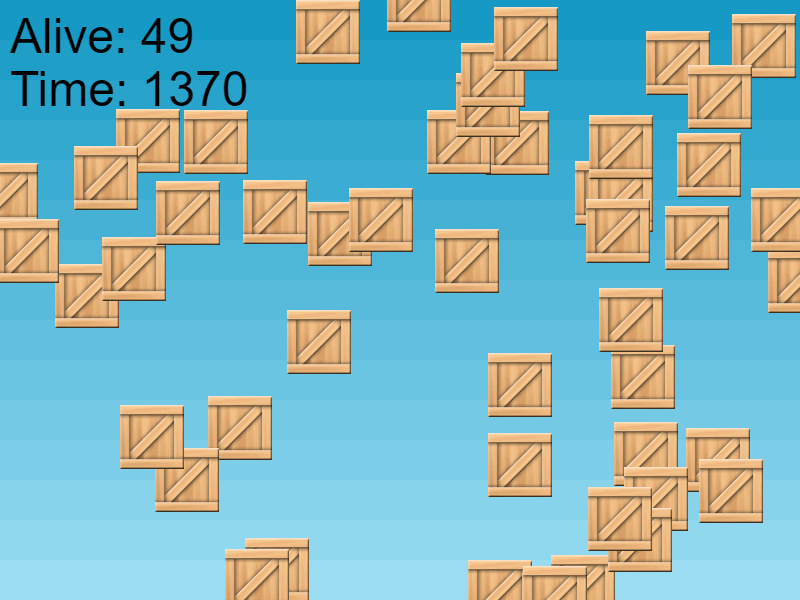 You can look at the other examples as I recently updated the Labs and removed all the previously broken ones and replaced them with working examples.

There are lots of internal events dispatched by the various systems. For example, the Loader will dispatch a ‘progress’ event which you can listen for in order to display your own progress bars. The Sound Manager dispatches all kinds of events too. We’ve got a lot of these covered in the jsdocs, but by no means all, so it’s an on-going mission to ensure they’re all referenced.

More importantly though, if you feel like we’re missing any events that you’d like to see dispatched, then please open an issue about it on GitHub. The ‘hotter’ an event, the more consideration it will require. By ‘hot’, we mean an event that is likely to be emitted either at a very high frequency or in large numbers (or both!) - those kinds of events take a lot more justification to add as the potential impact performance can be dramatic. Yet if the event is bound to a less frequent activity, such as the instantiation or destruction of something, or the invocation of a method, then we’re happy to consider making them part of the core API. We don’t want to add things just for the sake of it, but we appreciate that we didn’t consider all use-cases during development.

As mentioned in the previous Dev Log I'm still fighting a monstrous battle with the documentation. Felipe is working flat-out now on Containers, both of which we should be in a position to show you next issue. We will also stay on-top of PRs and issues in GitHub in a run-up to the 3.3.0 release. I won't put a firm date on it but I'd hope it will be out by the 26th of March, if not before.