Since the release of v3, it has been a bit of a rollercoaster, to say the least. We have carried on prioritizing bug fixes and acting upon community feedback, which has lead us up to the 3.2.0 release. That may sound like quite a large jump considering we're barely a month old but it's only because we're semver'ing properly. Even so, 3.2 is a pretty huge update. It was never planned that way, we actually wanted to keep the updates quite small, but being a point release we had the ability to include API changes, which a few features had been waiting for. This combined with lots of different things coming together at the same time that we'd been working on.

3.2 also contains a massive amount of contributions from the community. Both in the form of merged pull requests, bug reports and feature suggestions we have acted upon. There's a nice organic process evolving, where some requests and issues are resolved directly by the community, landing as PRs, before we even get a chance to do them, which is just brilliant to see!

With 3.2 and this newsletter out of the way, I'm going to spend the rest of the week working on the documentation. I've been improving the docs piece by piece as I worked on 3.2. Fixing missing data types and other errors I spotted. So it has been a continuous process. But it really needs some dedicated time. I have to confess, it's not going to be particularly exciting. Yet it's essential. Once I get stage 2 of the docs process complete we can finally get some TypeScript defs out, because it appears some people are just unable to work without code-completion ;) That aside, let's dive into this Dev Log. 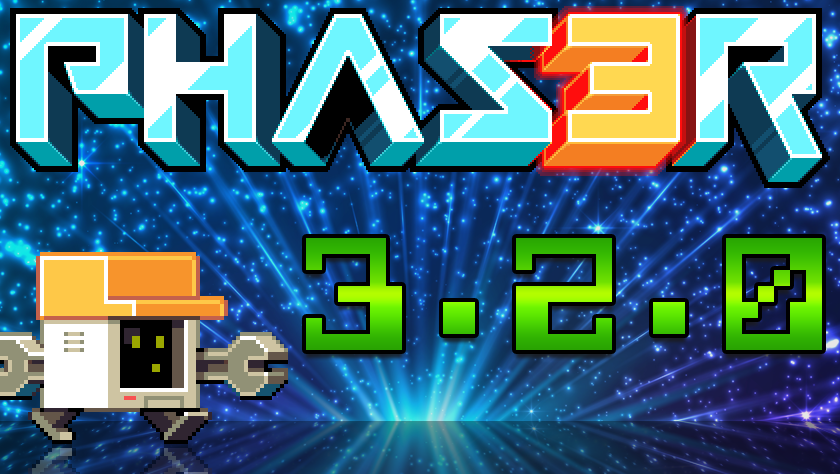 As is custom by now the 3.2 Change Log has been split into 'New Features', 'Updates' and 'Bug Fixes'. I'm not going to include everything here because you can read the full log for yourself on GitHub and the website. Let's pick a few interesting entries though:

These are now available for both Canvas and WebGL in 3.2. A Render Texture is a special type of Game Object which you can 'draw' to. You can literally draw any texture frame to it, fill it or clear it. We included the option to set tint (WebGL only) and alpha and other canvas style methods like scale, rotate and translate. Render Textures are nice and fast - there is no gpu thrashing going on and they're pretty versatile too, even capable of being applied as masks.

Render Textures differ from those in v2 because you don't apply them to another Game Object. They are a Game Object in their own right. This means you can position them in the world, rotate them, scale them and so on like you would any other object. This perhaps means the name of them isn't ideal but we honestly couldn't think of a better one, because they literally are textures that you can render to! At the moment we only have 1 example of their use in the Labs but could really do with your help creating some more - so if you make a fun Render Texture example, please do submit a PR for it.

Several things happened with the Scene Manager in 3.2. First of all, I added in some helper methods like 'moveAbove' and 'moveBelow' to help you with positioning a Scene in the scene list. I also added 'remove' to let you clear a Scene from the manager entirely.

Perhaps more importantly, I recoded the way the boot process works. When the Scene Manager now boots it handles the way the initial batch of Scenes it is given are processed. It will create them all in turn and only then will it start those that need starting. This means that issues such as a Scene not being able to get a reference to another Scene while the game was booting is now resolved. So if you've got some whacky Scene chaining going on, where you jump from one Scene to another quickly at the start, it should now merrily go on its way without needing any custom timeout hacks or preloading.

There were some important new additions made which allows for you to handle game resizing events more elegantly and easily than before. There was also a nasty offset fix made in the Input Manager, which caused hit areas to fall out of sync in some situations if the canvas changed position on the page.

Game.resize can be called directly and it will now pass on the new dimensions to the renderer, the input manager and all of the Scenes in turn. Scenes will now emit a 'resize' event you can listen to and act upon, such as adjusting sprite positions or camera bounds. We still intend to add a Scale Manager into v3 but you can now do an awful lot of what is needed without it. We've built a fully responsive game as a test case for these changes, where one Scene is kept at 100% browser size containing the background elements of the game, and the gameplay scene is adjusted in scale using Camera baseScale and placement. When we're able we will share the tips we learned in making this game with you all. 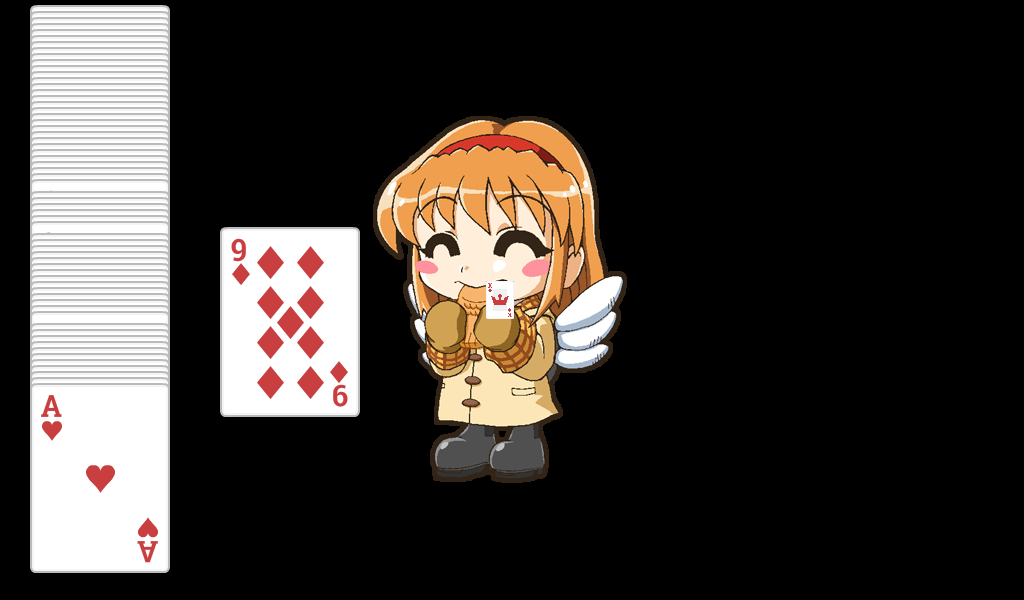 Someone kindly reported that the drop zone examples were all broken. I went in to fix them, expecting to just change the event names, and instead found that drop zones didn't work properly at all, due to a change made in the Input API with regard to only returning the top-most object interacted with.

It took some serious unpicking but I was finally able to restore zones to their previous capabilities, fix all the examples and add in a nice new feature too: the ability for any Game Object to now be a drop zone. This means you can set a Sprite as being an interactive drop zone and it'll be a valid drop target for other dragging objects. It may sound small but it's a handy thing to have!

There are lots of equally important updates in 3.2. The ability to pass any Group to Arcade Physics collide and have it work (before only Physics Groups worked). The ability to pass data into a Scene launch. Fixes to the Text component when passing in non-string values, and so much more.

Please see the full Change Log and update your builds to 3.2 :) 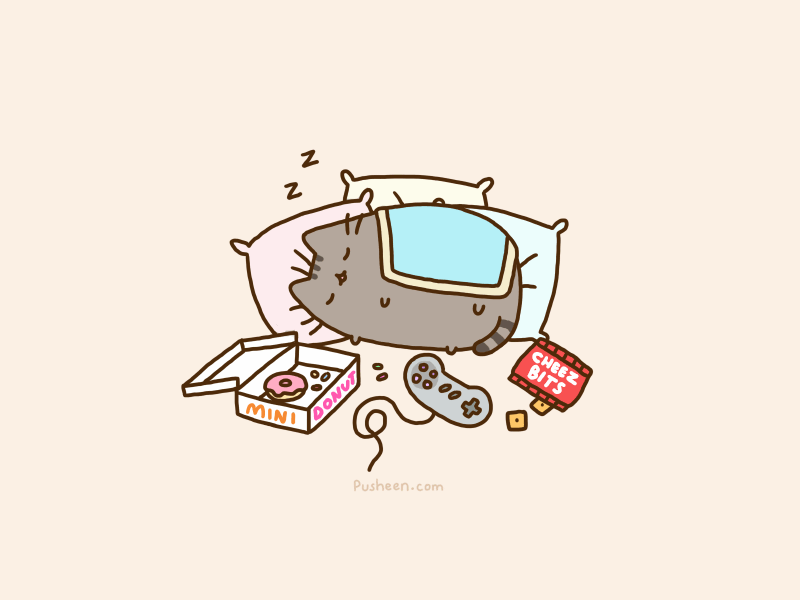 Someone asked on the forum if it was possible to create an animation in Phaser 3 that used frames from different PNG files, rather than a sprite sheet or texture atlas. Or would they have to wire together some kind of Timer based system to swap the textures out.

It was awesome to read this because I immediately knew the answer was "Yes!" The Animation Config object is really quite powerful, allowing for fine-grained control over every aspect of the sequence. Something like this is beautifully simple though. Just load the images you want and use the cache keys in the config: 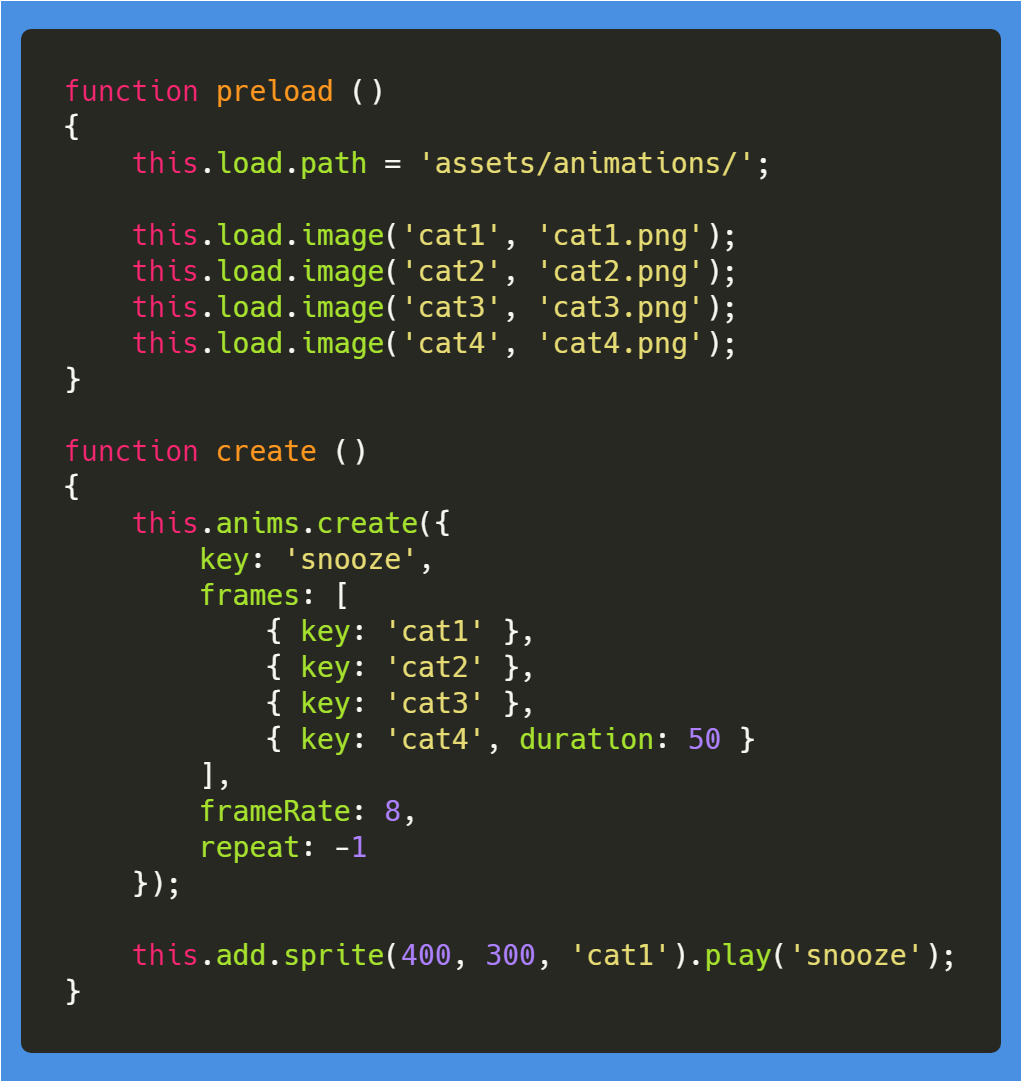 The animation system is actually even more powerful than that. You could technically create an animation that contained frames from image files, then into a sprite sheet, then into a texture atlas and back to image files again, and it will let you do this without complaint. I would not recommend it though. Each time you swap texture like this it's going to cause a batch flush in WebGL. Phaser 3 uses a lot of internal batching to keep gl operations down - but splitting animations up like this works against that batching. So use it with caution, but at least know you can do it if you want to!

Last issue, and on Patreon, I asked you to vote on what features you'd like to see us work on next. 209 of you voted (thank you!) and we have picked the next features to work on based on the results.

In the first place, with 85 votes, was Containers. No real surprise there. It was always going to be popular, probably more due to their familiarity being in v2 than anything else. Once you're used to doing something a certain way it's hard to change. We will start work on them this week. However, please understand we're not going to compromise the display system we worked hard to build into v3. Don't expect all Game Objects to suddenly gain 'addChild' methods - this will absolutely not be happening.

What we do plan to do is offer a v3 version of the Godot Engines RemoteTransform node. This allows you to link together multiple nodes (or Game Objects in our case) and choose which properties are remotely controlled via it. You can elect to have rotation, scale, and position influenced by the pairing, meaning an object could control the scale of another, but leave its rotation alone. We can expand this to include visual attributes like alpha, flip and visibility too. It will take a little re-learning from the old ways, but you'll end up with a far more flexible control as a result.

In second place, with 34 votes, was Multi-Touch support. This one actually surprised me. I've built a lot of html5 games over the years and played thousands (while adding them to the Phaser site) and I've never once seen a game that used multi-touch support to control it. Phaser v2 had it, so it was there, just rarely employed. Yet, lots of you want it, so it's time to add it back in. Thankfully this is a relatively simple task. When I built the new Input Manager I knew it would be needed eventually, so lots of the internal systems are already set-up for it. Next week I'll start adding it back in fully.

There was a joint second place which was support for Spine Animations. This is a non-trivial request, to say the least. We understand the importance though. Thanks to a discussion on Twitter the Spine team are ready to help us implement support directly in v3. We will be taking them up on this and dev will start once Containers have landed. Realistically that feels like being a couple of weeks away.

As I said before we will revisit the other vote options. It was just to help us prioritize. We've got on-going work patching v3 as well, yet it was a handy guide to let us deliver what was most wanted next.

This Dev Log is getting pretty long so it's time to wrap things up. I will carry on with the v2 migration guide soon and hope to have another nice little exclusive tutorial next issue as well. Until then, once more unto the docs dear friends. Hopefully, you'll see me again on the other side.