Because the whole team was off last week there aren't a great deal of new things to write about. So instead I thought I'd take a moment to share our plans for what work we're taking on next and some related dates.

I also published the 2017 Phaser retrospective, which you may wish to read. It covers things like Phaser plugin sales, site traffic, games of the year and so on for 2017. Also, see how many of my 2016 predictions I got right!

January is release month. This is frightening given the number of tasks left, but exhilarating because it means we'll finally be at 3.0. I think it's fair to say that I consider 3.0 to be the beginning of the journey, not the end. While there are lots of things that need to be in place for the release (docs and TypeScript defs being the main ones), we're actually only 1 system away from API completion and that should be in place by the end of this week.

This system is the Scale Manager and, honestly, I'm glad it has been left until the end due to recent changes in the browser space relating to this that could never have been foreseen. The brand new Resize Observer API has landed in Chrome and offers some brilliant new ways to handle resize events. My thinking is that the Scale Manager in 3.0 needs to be considerably less intrusive than in V2. I'll be removing a lot of the 'features' that complicated things and taking it right back to basics, with a few key events, some solid browser monitoring and letting you deal with resize events as you see fit.

Felipe will be working on tidying up the renderers this week. There's a lot of duplicate code, shaders that could be moved to webpack included files, batch functions to sort out and so on. It's sadly quite dull work but essential.

Once both are done it leaves us with 3 weeks to finish the docs, create new examples and complete any other internal restructuring we wish to do. There's a whole stack of features I'd like to include but they can wait until 3.0 is released and follow in future updates. It feels tight but it doesn't feel impossible.

It's safe to say that once 3.0 is released our primary focus will be bug fixing. I've allowed for a period of two months to concentrate specifically on addressing issues as they arise. This will include both helping people out in the forum and on slack, creating new examples and fixing issues as they're reported.

Bug fixing is an on-going process anyway, it's not like we'll stop doing it after those two months are up. But it will be important not to start the creation of any major new systems during this time to allow us to keep our focus in the right place.

I fully plan to move the codebase over to ES6 once things have settled down. Due to the way we've built v3 this will not take very long but it was just too much of an undertaking to consider doing prior to release. Making the change should have little to no impact on the public-facing API. By doing it early we should be able to get it moved to ES6 before anyone starts building major plugins for v3 based on the 'old' style.

We will be taking a good look at how to make it easy for you to get animations from the likes of DragonBones, Spine, and Spriter into V3. It will require some custom updates to our renderers but it's something we've been considering for a while now, so none of it is unexpected. Personally, I find it frustrating there is no unified 'bone' format. They all do things differently and require bespoke handlers to deal with their idiosyncrasies. Such is life.

Those of you who follow the new Phaser twitter account will have seen some sneak peaks of this already. But we've been working on a Graphics 3D component that will let you easily create 3D scenes within your game.

So far we've got 3D primitives in, obj model loading, a camera system, lighting, textures and normal maps all working. We've built this outside of V3 for the time being, as we didn't want to pollute the codebase with it knowing that it wouldn't be part of the 3.0 release. 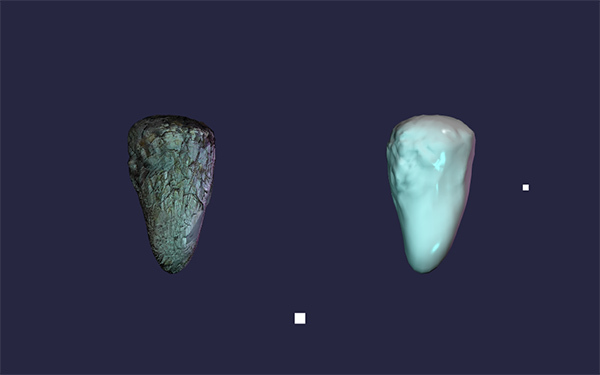 The aim is to include it as a Graphics 3D game object which you can add to your scene like any other object. It will work much in the same way as the Graphics 2D object does now. You'll interface with methods directly on the object that allows you to create primitives, move the camera, add lights, etc. And it'll all render into its own layer in the scene.

We have quite fixed objectives for this component. You should absolutely be able to use it to create a 3D game or add a 3D element to your 2D games. The problem with 3D is it's a massively deep rabbit hole. Once you start going it never seems to end and before you know it there is megabytes worth of library functions included that barely anyone will need. By keeping the features limited we can ensure it remains useful when it comes to making games, which after all is what Phaser is all about.

During some downtime over the holidays, I went through a number of issues on GitHub and created a Beta 15 milestone. I'm now working towards this and we'll have it released in time for the next issue. Keep an eye on the repo for updates! and if you find any issues in the meantime, please do report them, as they're all being acted upon.

It's going to be a crazy few weeks coming up, make no mistake about it. I foresee lots of late night coding sessions and jsdocs bleeding out of my eyeballs - but it has to happen, we're closer than ever and it feels fantastic!

Phaser 3 Beta 14 is out and ready for testing.